The North American Release of “Is It Wrong to Try to Pick Up Girls in a Dungeon? ~Memoria Freese~” Now Available for Download 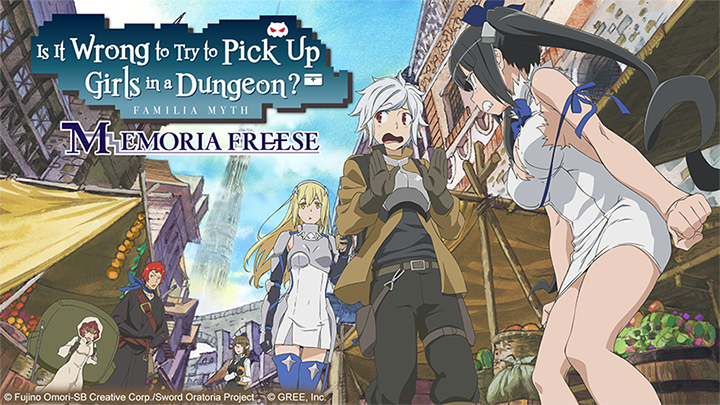 Through a business partnership with the Tokyo-based Sumitomo Corporation and Ellation, Inc. based in California, USA, GREE has developed and published this new game for the North American market.

“MEMORIA FREESE” is the first true game app for smartphones based on the mega popular TV anime known as “Is It Wrong to Try to Pick Up Girls in a Dungeon?”, or “DanMachi” for short. A similar mobile game was released in Japan in June, 2017 by one of GREE's app development studios, Wright Flyer Studios, and has already accumulated over 5 million downloads. It ranks highly on the sales rankings in both the Google Play™ store and Apple Store®, earning itself widespread acclaim.

The North American release of “MEMORIA FREESE” will feature the spectacular voice talents of Yoshitsugu Matsuoka, Inori Minase, Saori Ōnishi, as well as many others, and all dialogue of the game is voiced just like the Japanese version, with English subtitles provided. GREE has designed, developed, and will maintain both the game and copyright control, while Ellation and the Sumitomo Corporation will handle the distribution, localization, and marketing of the game under Ellation's Crunchyroll Games brand.

Screenshots of the North American Release of “MEMORIA FREESE” 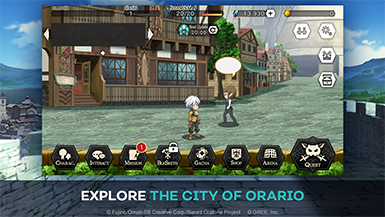 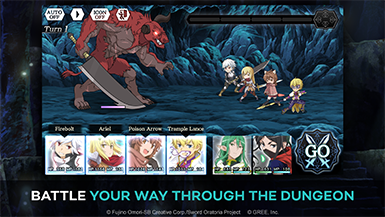 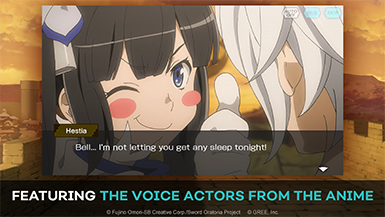 Crunchyroll, Ellation's global destination for anime and manga, will be bringing “DanMachi - MEMORIA FREESE” to the following anime-related events and conventions in North America.

GREE is firmly committed to designing, developing, and maintaining high quality titles, as well as providing entertaining services for its patrons globally.

* For more details regarding the aforementioned business partnerships, please refer to the press release pertaining to the basic agreement released on August 25th, 2017.

GREE and the GREE logo are trademarks or registered trademarks of GREE, Inc. in Japan and/or other countries. All other trademarks are the property of their respective owners.